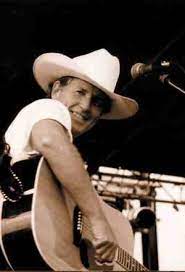 Catch all our podcasts and interviews HERE

K103 has a NEW show on Saturday nights, hosted by our very own Glen Johnson. From 8-10p every Saturday evening, travel back to the golden age of country music with the Honky Tonk Time Machine!

You’ll hear the best songs from the late 80s, 90s and early 2000s, along with interviews with the artists, pop culture and music history, and some good ole’ Honky Tonk Shenanigans!

It’s everything you need for a good time Saturday night, and dripping in neon! It’s the Honky Tonk Time Machine on K103!

Glen grew up on 90s country, heavily influenced by his parents’ love of the genre. He gravitated toward artists like Garth Brooks, George Strait, Randy Travis, Tim McGraw, Gary Allan, Tracy Lawrence, Alabama, Blackhawk, Joe Diffie and Martina McBride. Glen sang “Standing Outside the Fire” and “It’s Your Song” by Garth Brooks at his high school talent show, only to lose to Chris Janson (who ended up doing ok for himself). Like Chris, Glen dreamed of being a country musician, but says, “a severe lack of talent got in the way.”

Instead, he now gets to meet and speak with his childhood idols about their music as a part of his job as the host of this Honky Tonk Time Machine and as the new Program Director for K103.

Some of the artists that have appeared on the show with Glen include Tracy Lawrence (pictured below), Darryl Worley, Shenandoah, Pam Tillis, Blackhawk, Aaron Tippin, and Sara Evans.

Check out our Podcast page to listen to those full length interviews, including bonus content that didn’t make it to air. Also, keep checking back here to see who the next artist to come on the show will be!